Ferdinand Piech, the dominating and demanding former chairman and CEO who transformed Volkswagen Group into one of the world’s biggest automakers, adding Porsche and other nameplates to its holdings, has left this life. He was 82.

"The life of Ferdinand Piech was shaped by his passion for automobiles and for the employees that create them. He remained an enthusiast engineer and car lover until the end," Ursula Piech said in a statement on Monday. 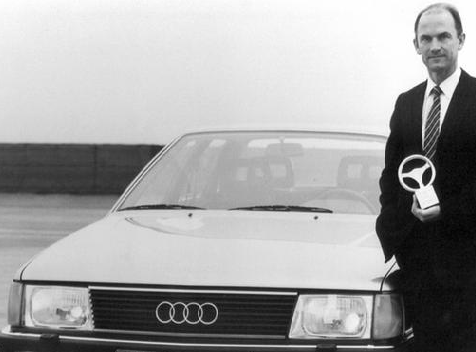 VW CEO Herbert Diess described Piech as a brave, forceful, and technically brilliant leader. "Most of all Ferdinand Piech brought perfection and attention to detail to automotive production and into Volkswagen's DNA," Diess said in a statement.
The Piech and Porsche families control a majority stake in Volkswagen Group through their family holding company, Porsche SE.
Under Piech, Volkswagen Group assembled an assortment of blue-chip brands and became the largest automaker in Europe and challenged Toyota in recent years for the title of largest automaker in the world.

The grandson of Ferdinand Porsche, who founded the manufacturer of the famed 911 sports car, became Volkswagen’s CEO in 1993, when the Wolfsburg, Germany, company was mired in losses. Plagued with quality problems and high costs, Piech replaced almost the entire Volkswagen management board, reduced costs by persuading labor leaders to accept a shorter work week, and laid plans to overhaul the product lineup.
While Volkswagen became profitable and produced better vehicles without large-scale job cuts, Piech, a stickler for quality and top-notch engineering, won the allegiance of unions and shareholders alike.

"First and foremost I always saw myself as a product person, and relied on gut instinct for market demand. Business and politics never distracted me from the core of our mission: to develop and make attractive cars," Piech wrote in his 2002 autobiography.
He continued to guide strategy after becoming supervisory board chairman in 2002.
“His most significant achievement is that he built the largest and most successful automobile company in the world,” said John Wolkonowicz, an automotive historian who worked inside VW in Germany as a consultant in the 1990s. “And he built it from nothing.”

Piech’s crowning achievement at VW was the acquisition of the Porsche brand in 2012. The purchase was the final stage in turning the tables on his cousin, Wolfgang Porsche, who had pushed the Stuttgart, Germany, sports-car producer to bid for VW four years earlier. Piech sided with the state of Lower Saxony, which owns a blocking stake in VW, to rebuff Porsche’s offer just as the suitor’s debt was surging from the takeover effort.

Under Piech, Volkswagen pushed into high-end cars with the purchase of the Bentley and Bugatti nameplates. At the same time, he tightened VW’s integration of the mass-market Seat and Skoda brands. By the end of 2012, Volkswagen either owned outright or held controlling stakes in 12 vehicle brands, including Audi, supercar producer Lamborghini, heavy-truck makers MAN and Scania and motorcycle maker Ducati.